The probability of failure $ P_{f} $ is defined as the probability of structural response being in a domain of unacceptable operation, such as response exceeding a critical threshold, $ y_{c} $, and it is typically defined in terms of a limit state function

To achieve this goal,a polynomial response surface method with adapative bivariate dimensional reduction method is proposed [5] in which a criteria is introduced to eliminate the unnecessary quadratic term in response surface function [6]. In this way the efficiency could be enhanced without great loss of accuracy. An numerical example of cantilever beam, which is shown in Fig.1, is used to investigated the effectiveness of proposed method. The limit state function is defined as the displacement of point B is equal to 15mm in vertical direction and the limit state function is then formulated as [7] \begin{equation} \small g \left (q,F_1,F_2,E \right )=15 - \frac{qL^4}{8EI}-\frac{5 F_1 L^3}{48EI} - \frac{F_2 L^3}{3EI} \tag{3} \end{equation}
FIG.1: The model of numerical example

and the results obtained by MCS, proposed method, RSM with only quadratic term (QP) and complete quadratic term (CQP) are shown in Table 1,where $ \beta,\ k_final,\ and\ N $ is the Hasofer-Lind Rackwitz-Fiessler(HL-RF) reliability index, the number of iterations and function evaluations. It can be observed that the proposed method is able to obtain accurate result with less function evaluations 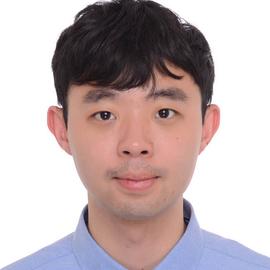